After humans introduced mice and five undesexed cats to Marion Island in the sub-Antarctic, things began going pear shaped for the native birds.

Between 1976 and 1991, 2,000 to 3,000 cats suffered horrific deaths due to the actions of the humans who sought to exploit them to control the mice, who humans also introduced, and for companionship.

But guess who scientists forgot? 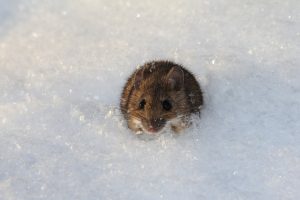 With no cats there, there were no nocturnal predators of the nocturnal mice, who humans also introduced.

Instead of cats predating on birds, mice now are.

Governments now want to exterminate all the mice humans introduced, likely using poison again. As at 2021, however, we understand that only 1.3% of the money needed has been raised.

Pre-1818 – people killing seals are thought to have introduced mice. Their numbers increased.

1949 – people deliberately introduced five undesexed cats to kill the mice who other people had introduced. They kept them as companion cats, and let them continue breeding, until 1982.

Over time, the offspring of the five original cats spread out further on the island.

1965 – cats were controlling mice well; cats deemed not to be affecting bird populations; no action taken.

1974 – decided they were affecting birds. Decided to exterminate them.

Marion Island is heralded as the largest successful cat eradication on an island in history. Just don’t mention the mice.

It is a sad indictment on us as a species that we always make other animals suffer for our failings, never taking responsibility for our actions and the harm we cause to wildlife.

Will the birds be able to cope with another human-caused impact that we are failing to address? Given the harm we do to wildlife all over the world, and that we’re the cause of the sixth wave of mass extinctions, we’re quite lucky they’re not trying to exterminate us.

The Panleukopaenia virus sends a shiver up the spine of any cat foster carer, vet or shelter, because of the extreme suffering it causes to cats before they die.

When we were fostering a cat family who we suspected had Panleuk, on a very hot summer’s day, we were made to wait outside in the car at a local vet clinic, while they assessed if they could treat them. They didn’t want the virus to potentially enter the building

Unable to help, we went to a larger animal hospital near the city. We were greeted by vets wearing virtual moon suits.

Two of the four kittens died. Two kittens and their Mum survived.

Similarly, 1080 poison is a barbaric poison that most countries other than Australia and New Zealand, have banned or are avoiding using. Even Hitler deemed it too dangerous to use.

Contrary to what is said by the Australian government and the poisons industry, it kills native wildlife.

It also kills people’s working dogs, companion dogs, farmed animals including sheep, cows and horses, aquatic species if the 1080 runs into waterways and, of course, the animals who we deliberately introduced to this land.

A New Zealand vet has likened dying by 1080 to being electric shocked for more than two days.

If you’d like to be fully informed of the suffering 1080 causes, this is a video of someone’s dog dying from it, after ravens are thought to have carried and poisoned baits on his property. (Warning: if you care about animals, very distressing). There are many similar videos.

This is what a ‘soft jaw’ leg-hold trap feels like on a human hand (video). Her hand was placed in the trap and she closed it gently, rather than it being snap shut as it would on an animal’s leg. The person could only withstand the pain on her hand for 5.5 minutes. Imagine what it would do to the much smaller arm of any animal who steps on one.