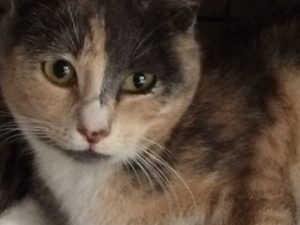 Imagine this. Your beloved timid, desexed and microchipped cat is missing. They walk into a council trap for food. They spend the night thrashing in the metal trap trying to get out, panicked and alone.

In the morning, the ranger collects the trap. They shake the trap and perhaps poke your cat with a steel rod to assess whether they are ‘feral’ or not. Your frightened cat isn’t thrilled with this – they feel threatened and do what any frightened animal does. So the ranger puts them in a crush cage, then scans for a microchip.

It doesn’t show up.

Not only has your cat failed the ‘shake then poke with a steel rod’ test, they’re deemed to be unowned.

In a nutshell, your timid, desexed and microchipped cat has, overnight, become ‘feral’.

Off with their head

The ranger – not a vet – draws up a Lethabarb overdose into a syringe and pounds it into your cat, breaking through several layers of muscle, with no sedation. They suffer a horrific, pain-filled, violent death, terrified and alone, away from the one they love and the one who loves them.

Or crush their leg 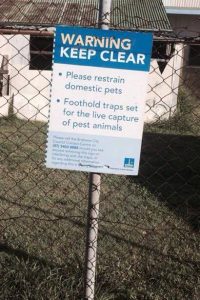 Brisbane City Council sign in Coopers Plains, where a mass slaughter of stray cats has been conducted

If your cat won’t go into the trap, they are instead subjected to a foot hold trap. When they step on the trap, heavy jaws clamp violently on their delicate leg and crush it. Your cat is left like that all night, in agony with a broken leg, unable to move, before a ranger shoots them in the head in the morning.

You call the pound

First thing in the morning, you call the pound to see if your cat is there. You’re too late. Before the pound even opens, the ranger has ‘assessed’ your cat, deemed that they’re both unowned and ‘feral’ and killed them.

Being timid isn’t a crime

Being lost, or being timid, shouldn’t be a crime punishable by death, let alone a terrifying pain-filled death. Yet in Brisbane City Council, it is.

But their microchip will save them

“They’re microchipped,” you say. “Surely the council would tell me if they had trapped my lost cat?”

Not necessarily. A microchip may not show up when a cat is in a crush cage or a trap. If they scanned your cat after they killed them, would they be likely to tell you? Probably not. Imagine the public relations disaster it would cause.

You never see your precious cat again. The council never tells you they’ve killed them. No shelter is informed. And to this day, you are haunted by what might have happened to them.

Surely not in Australia?!

“Well maybe this might happen in another country”, you say, “but surely not in Australia?”

Brisbane City Council is killing cats. Any cat. Owned cats. Unowned cats. Lost cats. It has decided that any cat on the street who doesn’t act friendly when shaken and poked with a steel rod is ‘feral’.

It even gives the ‘feral’ label to tiny, helpless kittens – babies who are just hours old – solely because they’ve labelled their Mum ‘feral’. 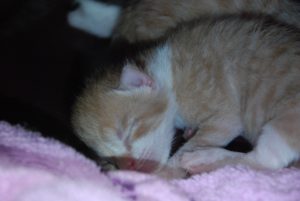 Brisbane City Council deems this newborn to be ‘feral’

How long have you got?

1. The ‘shake then poke with a steel rod’ test is inaccurate

A timid owned cat, an unowned cat and a so-called ‘feral’ cat all behave similarly when frightened. They hiss. They growl. They spit. They may lunge.

Brisbane City Council isn’t allowing cats time to calm down after being left exposed in a trap all night before doing their ‘shake and poke with a steel rod’ test. No eight day waiting period. Not even a three day waiting period. Just instant death.

Brisbane City Council’s ‘shake and poke with a steel rod’ test would never stand up in court. Cats would fair better if the ranger flipped a coin – at least they’d have a 50% chance of surviving.

Subjecting any animal to a leg hold trap is barbaric. It isn’t supported by the RSPCA or Animal Welfare League Queensland.

Brisbane City Council has misinterpreted Queensland legislation. It is deeming any seemingly unowned cat, living in suburbia, to be ‘feral’. Urban and semi-urban cats don’t meet the definition of feral. They live amongst people, deriving food and shelter from them, either directly or indirectly.

Brisbane City Council is using the ‘feral’ label to remove any right to a life, or even a humane death, for large numbers of cats.

Brisbane City Council is refusing to allow rescue groups to remove unowned cats – not even tiny kittens – from the streets, get them desexed and responsibly rehome them in accordance with legislation.

For no cost to ratepayers or the council, volunteer-run and experienced rescue groups have offered to humanely trap cats in the Brisbane suburb of Coopers Plains. The thanks they’ve received for their kind offer? Threats of up to $378,450 in fines or three years in jail.

Unbelievably, two desexed and microchipped cats were actually seized from a private vet clinic by officers who claimed they were ‘feral’. Officers then forced this mother cat, Braveheart, and her four month old son, Miracle, to be held in separate traps for six long days, even though shelter cages were available. 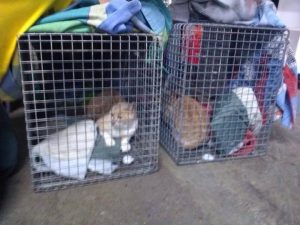 You can help stop this

If Brisbane City Council gets away with this, other councils and states throughout Australia could adopt it as ‘the new normal’. We can’t let that happen – to cats, or to the people who care about them

Please contact councillors and the CEO today and tell them this is not on. Here are some things you could mention. Please use your own words.

Thank you for being their voice

Thank you for speaking up. We can’t let Brisbane City Council get away with this.

Or your council, and your cat, could be next. 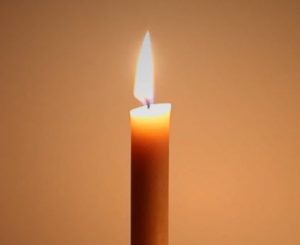 Rescuers are very traumatised by the questionable actions of Brisbane City Council.

Two desexed and microchipped cats, who escaped from their Coopers Plains home during a medical emergency, have disappeared and are presumed to have been killed. Other cats have been killed. Cats are still at risk.

Please light a cyber candle, or a real candle, to show your support for the cats and people in Brisbane City Council. If you include the words ‘Coopers Plains cats’ in your tribute, the people who are desperately trying to help them can see your candle and feel a much-needed embrace of kindness and love.

Please call, email or Facebook the people below. Calling will enable you to talk directly to a person. Emailing may lead to a form letter response.