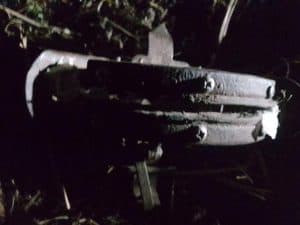 Brisbane City Council has developed a draft biosecurity plan and is inviting comment.*

Cats will be affected by the plan – stray cats, lost cats, companion cats.

Please write to Brisbane City Council about the plan before 11:59pm Saturday 16 December. More details below.

Brisbane City Council is notorious for its failure to use sound practices or to minimise cruelty to stray cats.

It uses steel jaw traps on stray cats. It ‘assesses’ whether a cat is stray or owned by poking them with a steel rod while they’re in a trap. It scans them for a microchip in a crush cage, where the microchip may well not register.

Brisbane City Council doesn’t impound these cats at a shelter for a minimum time, so their people can find them, or so they can be adopted. It just traps and kills.

What’s wrong with this?

The numbers of cats BCC needs to kill are just too large, unless it spends many millions each year.

What should Brisbane City Council do?

Unless BCC wants to massively increase its cat killing budget to many millions more in the first year alone, and keep spending millions more each year, forever and ever and ever, it needs to introduce a trap neuter return (TNR) program in urban and semi urban areas.

For less cost, a TNR program will reduce stray cat numbers; it will therefore reduce any wildlife predation; it will reduce resident concerns about stray cats; and it will enable BCC to meet its ‘biosecurity obligation’.

BCC should also introduce free or low cost cat desexing, particularly where there are a lot of stray cats. These are usually in areas of socioeconomic disadvantage. No amount of educating people about desexing their cats will help if people can’t afford it. Education is proposed in the plan.

Brisbane City Council can be an Australian leader

If Brisbane City Council implements a TNR program in urban areas, it will be the first city in Australia to adopt TNR throughout most of its municipality. It will be a leader in urban stray cat management. It will save a lot of ratepayer money. And it will prevent the killing of people’s own cats, and many others, which is very likely happening with its current program.

We have a short window of opportunity to speak up for Brisbane’s cats. Continuing trapping and killing will bring no benefit to people or wildlife.

The Australian Pet Welfare Foundation has published its submission to help you with yours. Download the APWF submission.

Then use your own words to write yours. It doesn’t need to be long. If you have experience with stray cat management, especially with reductions in complaints after TNR was implemented, share it. SPEAK UP.

Email your comments to biosecurity@brisbane.qld.gov.au by 11:59pm Saturday 16 December.

Here are some points you can make. Choose the ones that mean the most to you. Use your own words.

The facts are clear

TNR is the only cost-effective, wildlife-effective, people-effective and council-effective way of reducing urban stray cat numbers in Brisbane. It is the only way of meeting community expectations to avoid cruelty and reduce killing.

Don’t believe us? Read the Australian Pet Welfare Foundation’s submission in detail. Then read all the scientific papers that are cited in it.

Email your comments to biosecurity@brisbane.qld.gov.au by 11:59pm Saturday 16 December.

* Well, Brisbane City Council is inviting comment from select people. Most people, including animal welfare organisations, weren’t aware of the draft plan until recently. It hasn’t been published on the community consultation ‘Have your say’ page of their website. Instead, it’s been published five web pages deep, at the bottom of another page. Take the challenge and try to find it.